more lines on the face, more gray in the hair, more LIFE lived!

The New-Year mark is a time for lists, even for people who aren’t as obsessed with them as I am. In the spirit of “contained chaos” (see yesterday’s list and my underwear drawer) this is a rather random list of “Things About 2016,” as I experienced it… It’s not a comprehensive list of all the “big things” that happened, and it’s not a recap of my Facebook Timeline—it’s just things that stand out about the year as a whole… 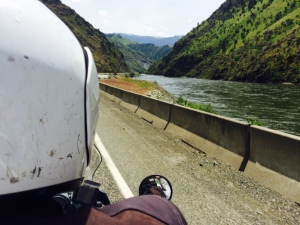 open road… from the back of our bike!