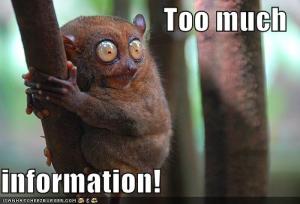 Anyone with a teenager is probably familiar with the exclamation, “TMI!”–meaning Too Much Information! In the case of our teenager, that’s usually connected to anything related to–shall we say–life in the bedroom…  He’s aware we enjoy a…well…lively life, and by now he knows he shouldn’t ask a question unless he actually wants to hear the answer.  When he came home to find us in a fit of giggles and wondered why–well, it was because we’d just set all the neighborhood dogs to howling.  “Agh, TMI, TMI!” he howled–though I noticed he fist-bumped his dad on his way out of the room…

I’ve long been known for telling stories on myself–stories in which I’m the person to whom something embarrassing happens, or I’m the person who does something stupid.  One acquaintance (though she enjoyed the stories) took me to task for “telling on myself” when I could have kept my foibles and fumbles secret by just keeping my mouth shut.  “Why would you TELL people that shit?!” 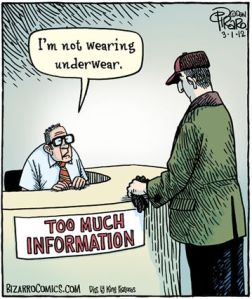 Well, a few answers to that question. First–my lack of scruples on the score of maintaining-my-own-dignity gives me LOTS of stories to tell.  And I DO find them funny (and so did she). And hey, nobody else can get mad about me telling a story when I’M the butt of it.

And on a more serious note, I used to live a life full of lies and secrets. That didn’t work well for me.  The illusions everyone believed–that I had a “perfect” career and a “perfect” family and the whole white-picket-fence picture–were just that: illusions.  That was a life I was trying to drink my way out of.  I was literally trying to drink my way out of life.  Only the husband-at-the-time knew that things weren’t hunky-dory (or should have known, after two years in marriage counseling–although even he managed to be astonished that I had meant it when I finally told him I needed Out).  And because I’d allowed the lies and illusions to thrive, everyone around me was astonished and upset when I took the leap out of the white-picket-picture.

These days I just don’t have secrets.  All my “dirty laundry,” in fact, gets aired right here.  And while I confess to pausing occasionally and wondering if I’m spilling TMI (the fertility clinic story comes to mind), my response so far has been “oh, what the hell.”  Half-assed just isn’t my style–whatever I’m doing.  That hasn’t always been a good thing in my life, but it’s undeniably an accurate assessment of my M.O. 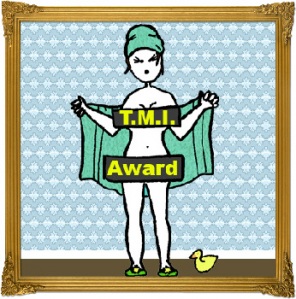 So whaddaya know? There’s a new blogging award in the blogosphere, and Miss Lizzie Cracked (not broken!) at Running Naked With Scissors has seen fit to bestow it on Kana’s Chronicles. Thank you, Liz!

The TMI Blog Award honors those blogs that discuss everything in detail and do it well.

These bloggers aren’t afraid to discuss their most awkward, embarrassing, and intimate experiences with honesty, humor, and little to no filter.

Well, let’s see… there was the time I gave an annual report to the Board of Directors of the state school for which I was the Curriculum Director, not realizing that the back of my skirt had been tucked into the top of my pantyhose since my last trip to the ladies’ room…  (Yet another reason NOT to wear pantyhose! I don’t own a single pair these days…) 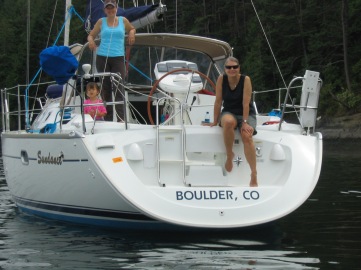 with my mom & my daughter aboard “Sundance,” 2007. No, I’m not posting the picture of Mommy falling off the boat.

Or there was the time I was skippering in the San Juans, and had just taken the kids hiking on Stuart Island and returned to the anchored boat, and realized we’d tracked mud across the stern and leaned over to swab it up (I prefer my sailboat ship-shape, thank you) and fell in, headfirst and fully dressed… and the only thing my daughter (aged three at the time, with a piping little voice) would tell anyone about the week was that “MOMMY FELL OFF THE BOAT!” (Thanks, by the way, to my own mother–who wouldn’t let down the stern ladder until she had first found her camera!)

Or the cell phone I dropped in the toilet, and the kids found me with its innards spread across the bathroom counter making a desperate rescue attempt with a hair-dryer.  (My son still jabs me about the “Poo Phone,” which I continued to use for several more years.  “If the call won’t go through, just jiggle the handle!”)

Or the time I was sunbathing topless in the fenced backyard, and the guy from the power company showed up to check our meter… 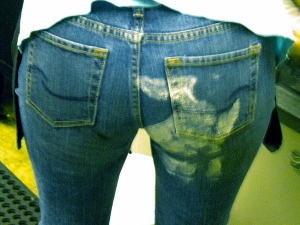 Or the time I was dating a guy in one of my college biology labs who didn’t tell me he had an identical twin in our lecture section… (Comedy-of-errors until I realized there were two of him. Funny side-note: my roommate ended up marrying the twin…)

Or the time I didn’t realize my nursing-blouse had popped open and one of The Girls was saying hello to the gentleman with whom I was having an earnest conversation.

Or maybe I’ll just break the rules (another M.O. of mine) and let all those teasers stand in for my one embarrassing story.  And with that, we’ll move on to the good stuff: passing along the TMI Award to some other fearless bloggers, whose embarrassing stories I look forward to reading: 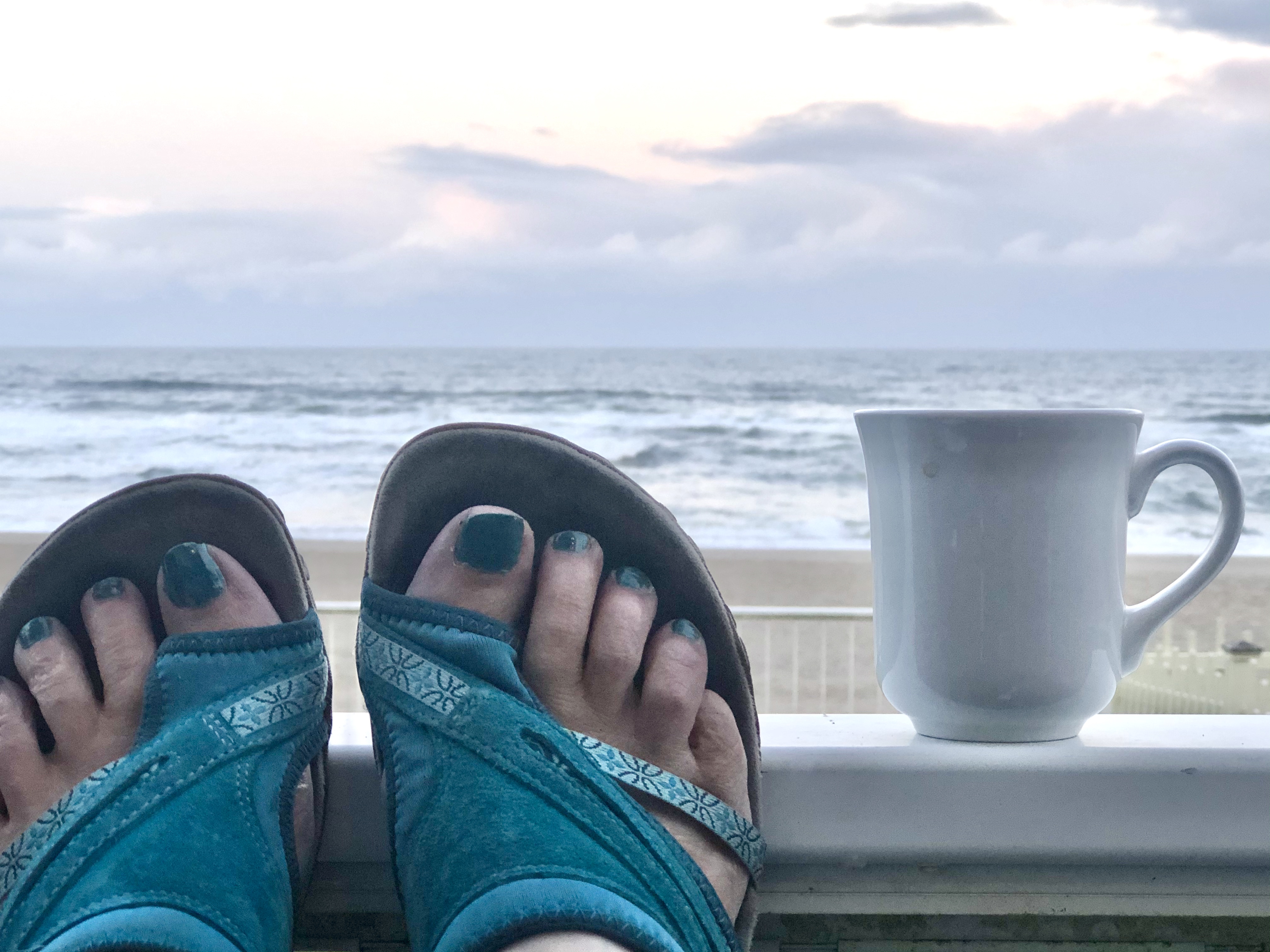