A recent Gallup poll asked Americans what they think is “the ideal number of children for a family to have” and found Americans, on average, believe that 2.5 children are ideal. ~ Gallup.com

I’m sure this quote intends to say that the averaged number, gathered from responses, is 2.5, not that people actually believe “2.5 children are ideal.” I mean, kids come in whole-number units, so that’s an ideal no one could achieve. Or could they? Sometimes I feel like fractions should be a part of my answer when I’m asked about my kids…

“How many kids do you have?”

As cut-and-dried as that question seems, I actually find it awkward to answer. I reply with a variety of permutations depending on situation and circumstance.

I’ve given birth to two sons and a daughter. (So I “have” three kids.) One son was adopted by an amazing other mother, and I don’t currently have custody of the other two. (So I don’t “have” any.) My daughter at least sees me (so I “have” relationship with one). And I’m still legally the parent of the two teens, even without custody. (So I still “have” two.) I could answer, with some truth, with any of those numbers, but no numerical answer to the question actually tells my story. 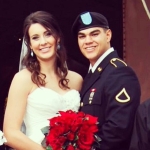 a boy I mothered but didn’t grow

(And that’s not even opening the question of step-kids… Do I have five of those, because I married their dad? One, because he was still a minor during that marriage and I mothered him? None, because their dad passed away and dissolved the link? I do still consider them family, and refer to them as my step-kids if relational explanation is called for—but I’m less likely these days to include them in a kid-count than I did when their dad was alive and I was married to him.)

Despite the hypothetical argument above for “having” no kids, that’s never my answer. I’m still a mom, regardless of current custody. My most frequent answer is that “I have two teenagers.” But then, it’s not unusual for me to include the baby (with an adoption-explanation) as well.

Why do I do that? I’m asking myself that, this Mother’s Day. Jennifer is his Mommy, and I have no intention of encroaching on her parent-status when I speak of “having” him.  Yet I often feel moved to include him when I speak of having kids. Maybe because he has been part of my recent life-experience. Maybe because I feel he is a significant contribution I’ve made to the world. (Making people is no small deal.) Maybe because I am invested in him, even though my contributions are not ongoing.

And though it may have been a one-time contribution on my part, I’m blessed to be able to watch the blooming of it. Genetics sure work some strong magic—Jennifer and I were both wowed this week by a side-by-side comparison of  her boy with a same-age photo of my older son… Even with different dads (with different racial backgrounds, no less) there’s NO question that these two are brothers! If the two of them are so like one another, that must be some variation of MY face I’m seeing in duplicate…

the two boys I GREW, 15 years apart—Christian (left, in 2002) & Greyson (photo courtesy of his adoptive mom)

When I envisioned my life as a parent, none of these scenarios were what I imagined… But you know what? God always has a plan, and he has let me be a part of some beautiful growing people.

4 thoughts on “Mother’s Day, By the Numbers”